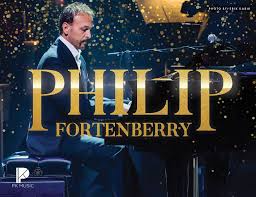 As a versatile artist whose styles encompass a wide range of musical genres, Philip Fortenberry is a performer with an equally expansive career. A native of Columbia, Mississippi, Philip began playing the piano at the age of four and by seven was the accompanist for his church. He continued his piano studies as a private student of Myoko Lotto at The Juilliard School.

Philip has played for many Broadway productions and national tours including such shows as Cats, Jesus Christ Superstar and The Lion King. He has also toured the U.S. and Canada in concert performances of The Music of Andrew Lloyd Webber.

Philip made his Carnegie Hall debut in 1986 as the pianist/conductor for Eartha Kitt.

In 1990, Philip and internationally renowned mezzo-soprano Frederica Von Stade at the Oregon Bach were invited to perform at the White House for the summit conference between Mikhail Gorbachev and George Bush.

Currently a resident of Las Vegas, Philip is the associate conductor/music director for Jersey Boys at the Palazzo and is also a pianist for Faith Community Lutheran Church. As the featured artist at the Liberace Museum, Philip performs a one-man show, Liberace and Me.

Hands of Liberace: Starring Philip Fortenberry, The Man at the Piano